What I Learned on the Second Day of Rosh Hashanah 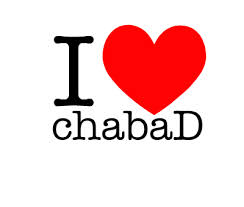 Where to begin? I’ve spent the better part of two weeks explaining that the holiday Jews just celebrated is not “Rosh Hashanah” – and I’ve also tirelessly explained that Karaites do not observe an additional day for our holidays.

So, I never thought I’d be writing a post about profound life lessons I learned on the Second Day of Rosh Hashanah.

Here’s what I took away from the Second Day of Rosh Hashanah, i.e., between Thursday night and Friday night [1.]:

Just Say Thank You (Most of the Time): On Thursday night, I was walking in my neighborhood and I ran into a non-Jewish friend, who wished me an emphatic “Happy New Year!” His words were heartfelt and sincere. All I had to do was say thank you. But I had previously discussed the differences between Karaites and Rabbanites with him. [2.] So, I went into a long diatribe about how this wasn’t the real New Year. My response was definitely more than he bargained for when he very thoughtfully wished me a happy New Year.

So, I’ve resolved, that in very casual settings that are not conducive to subtleties that most people don’t care about, to just say “thank you.”

Jewish Sectarian-Strife is Dying: On the Second Day of Rosh Hashanah – for various reasons that are not currently relevant – I attended services at the Chabad of Noe Valley (in San Francisco). I have always had a great respect for the family that runs that Chabad. And I think Karaites can learn a lot from Chabad’s uplifting and warm nature. The Chabad Rabbi called me to the Torah for an aliyah (an honor I graciously accepted) and even asked me if I wanted to read directly from the Torah (an honor I respectfully declined). Here I was a Karaite being granted the opportunity to read Torah aloud on the Second Day of Rosh Hashanah in an Orthodox Rabbanite setting. Talk about incongruity.

So, I’ve resolved to improve my Hebrew so that I can one day accept the honor of being called to the Torah in an Orthodox Rabbanite synagogue and read directly from the Torah in the traditional Egyptian Karaite trope and KILL IT!

Rabbanites are Genuinely Interested in Karaite Perspectives: I’ve long advocated dropping a K-Bomb whenever possible. But on the Second Day of Rosh Hashanah I did not have to. The Chabad Rabbi and his brother (also a Rabbi) and several guests (some Rabbis, some aspiring Rabbis and others) know that I am a Karaite. After lunch, we spent a good hour-and-a-half discussing the Karaite approach to text and tradition. And it was done in a respectful and engaging manner. These Rabbis and congregants were living the words of Pirke Avot: “Who is a wise man? He who learns from everyone.” Pirke Avot 4:1.

So, I’ve resolved to blog more and focus more on topics that are of interest to a wider variety of audiences – while still delivering some “inside baseball” references for all the die-hards.

Give Honor to my Karaite Predecessors: At one point in my conversation with the Chabad Rabbi, I mentioned a position held by “Yefet ben ‘Ali HaLevi.” The Chabad Rabbi interjected with a smile, “Hakham Yefet ben ‘Ali.” I asked him whether he was familiar with Yefet ben ‘Ali (again, I did not use any titles when referring to Yefet). He said, “No, but I know he is a Hakham.” For various reasons, I generally don’t use titles when I speak about historical Karaites – even the most accomplished ones. But this Chabad Rabbi thought that it was important to for me to refer to my learned predecessors as Hakhamim.

So, I’ve resolved to think about using titles (where appropriate) for historical Karaite sages – and perhaps we’ll come up with cool acronyms like “HaDaK” (for Hakham Daniel al-Kumisi) and “HaYaK” (for Hakham Yacub al Kirkisani).

I pray that I am blessed to learn something equally as meaningful during the biblical New Year in the Spring. And if so, I’m sure I’ll figure out some appropriate resolutions.

[1] In fact, Thursday night to Friday night might actually have been Yom Teruah in San Francisco, because that’s when the new moon appeared here. If so, then consider this post another “shout” related to the “Day of Shouting,” which is my preferred translation of Yom Teruah.

[2] My friend happens to be from a Muslim family and we have previously discussed similarities between Judaism and Islam.