My Most Meaningful Fast 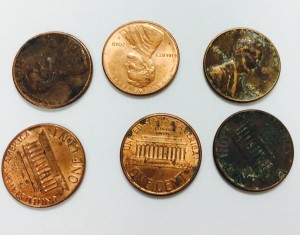 On my way home before sunset of erev Yom Kippur, I saw a homeless man sitting on a grassy knoll by the freeway exit. He was not asking for any money. And somehow I found the wrong way to do the right thing.

As I approached the stop light where the homeless man was sitting, I started to get nervous. Yom Kippur was approaching and I had prepared a wonderful drash for the Karaite synagogue. My drash was to focus on the essence of a meaningful fast.

In Isaiah, the Israelites are criticized for performing fasts without proper intent. (See Isaiah 58.) The Israelites were fasting, but they were not feeding the hungry or clothing the poor. In the Zechariah, the Israelites are criticized for fasting while they continued to oppress the widow, the orphan, the stranger and the poor. (See Zechariah 7.) And I’ve previously written about how the Chief Hakham of the Karaite community believes we should give something to every homeless person we see.

Back to the reason why I was nervous: my drash was going to focus on helping the poor, but I did not have a single dollar in my wallet to give the homeless man on the knoll. Not one.  I refused to kick-off Yom Kippur by talking about the importance of taking care of the poor, while providing nothing to the last homeless person I would see before the holiday.

So I scrounged around, looked under my seat and in the center console. I found exactly six pennies. Six pennies! I was embarrassed to give the money to the homeless man. But I gave it nonetheless.

“I’m sorry I don’t have more money for you. God bless you,” I said sheepishly.

He responded, “Don’t be sorry. Thank you. You look beautiful.”

Wow. As I drove away, I felt like a hero.

But when I was giving my drash at the synagogue, I realized that I did many things wrong in this situation. First, I should always have cash on me in case there is an emergency, and sometimes an emergency is that a guy on the side of the road needs a dollar. Second, even though I gave the man money, I did not do so from my heart; rather, I gave him money so that I would not be a hypocrite while talking about helping the poor during my drash. Third, when I apologized to him for only giving him six pennies, I completely degraded the value of my gift and the gesture that was supposed to be behind it. It was as if I told him that six cents means nothing to him. But it might have meant the world to him.

The fundamental mistake I made, though, was the same one as the ancient Israelites. I was performing a holy act for all the wrong reasons. From where I stand, coming to a realization like this in the middle of a drash is one of the primary purposes of Yom Kippur.

6 Responses to My Most Meaningful Fast