Lessons from a Seven Year Old (and Forgiveness for the Thinker) 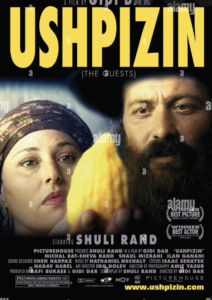 This past week, my seven-year-old son saw my Twitter feed and read the words “A Blue Thread.” I then, for the first time, told him I had a blog in which I write about Karaite Judaism. I showed him my recent post on Yah Zimrati. His eyes lit up.

And his response reminded me why I started this blog. And it has nothing to do with take-downs of anti-Karaite “thinkers” (no matter how popular those posts are).

I read a key part of the that post on Yah Zimrati to my son.

In fact, during the early part of the pandemic, I would put my children on my knees and sing Yah Zimrati and go absolutely wild when we hit the third line of the chorus (“YOM HASHABBAT SHIMRU SHIMRU LACHEM!”). My son still asks me to do this with him.

My son looked at me and said, “Dad, I want to be a rock star when I grow up. You know how you write about Karaites to teach people. Maybe when I grow up I can do that too. But I will do it with Rock Music.” My wife glanced over at us, her face beaming. My son then busted out into a Hard Rock version of “Yah Zimrati” – and then asked me to put him on my knee while I sing Yah Zimrati to the traditional tune.

I started this blog so that readers (Karaites, Rabbanites, in between and beyond) could feel my struggle being a proud Karaite in the 21st century – at a time when (if the situation doesn’t change) the historical Karaite movement is likely on its last legs. I wanted readers to learn about the Karaite experience as much as I wanted them to learn about the Karaite theology.

And yes, sometimes the Karaite experience involves people like the Thinker (whose name I won’t mention here) who treat us as pawns and deny our Jewishness, or the rabbi who was triggered because I had an innocent question about the omer, or the person who told me I don’t keep real kosher because I don’t separate milk and meat.

But the Karaite experience is so much more than that. It’s trying to maintain and revive a musical tradition with all the songs at the Karaite Jews of America’s YouTube page, it’s starting a new Karaite publishing house in The Karaite Press, it’s launching The Karaite Jewish Learning Center (the largest text searchable publicly available database of Karaite texts), and its trying to preserve our recipes via The Karaite Kitchen.

It’s also trying to figure out how to give your children an understanding of their heritage, so that they can determine what their future looks like.

I want to thank everyone who came to the defense of the Karaite community over the last week in response to the Thinker’s thoughtless blogpost. It reminded me of two of my favorite events.

The first one is in the Tanakh, involving my biblical namesake, Elisha. You can read the relevant passages in II Kings 6:1-6:18. That situation involved very bleak circumstances involving a massive approaching army that was sure to overwhelm the good guys. Elisha’s servant asked Elisha, what they should do in light of being outnumbered by the army. Elisha responded, “Do not be afraid, for there are more on our side than on theirs.” Of course, my last name is Lichaa (from Elisha) and all of your support showed me, a 2022 Lichaa, that indeed there are more of us than of them.

The other incident involves the show “Arrested Development”, in which Tobias Funke declares, “There are dozens of us.” Sometimes it feels like there are only dozens (as opposed to thousands) of Karaites. But we are still here.

I want to close my post by forgiving the Thinker (on behalf of myself). No – he hasn’t properly acknowledged his mistake. And no, I don’t think he’s learned. And I’m not sure he ever will. This isn’t that type of forgiveness.

This is the free type – good old-fashioned-Torah-based grace. You see, unlike the Thinker, I’m not afraid to go back to our foundational text for guidance.

Each Shabbat morning, I hear the Priestly Benediction (“Birkat Kohanim”) recited by someone with a pure heart and a powerful voice standing in front of our Karaite congregation. The second line of the Priestly Benediction is “May Adonai shine his face toward you and be gracious unto you.” I have been blessed by God’s grace multiple times in my life. And I believe that the purpose of receiving grace is to eventually be able to show grace. I have also said and done some pretty foolish (and even bad) things in my life. Mostly in my teens, some in my twenties. And while I have asked for forgiveness with sincerity and learned from these instances, I am still thankful for the grace that various individuals have showed me throughout my life.