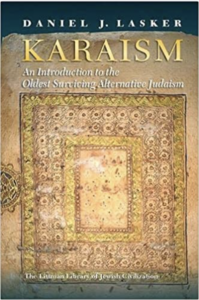 Buy this book – a spectacular overview of Karaism

I love this book. It is a perfect overview and amazing introduction to Karaite Judaism. Even I – who has been studying Karaite Judaism formally for 20+ years (and informally my entire life) – learned a tremendous amount from this book. After the jump, you can watch my video review of the book, and you can also vote on which book I do a video review of next. I’ll also describe more parts of the book that I absolutely love – and one part that I absolutely disagree with.

First, if you do nothing else today, check out my video review.

Now if you want more video reviews, let me know which book you’d like me to do next:

Before I get to more of my thoughts, I wanted to show you what someone else has said – and I echo the sentiment regarding the prose: 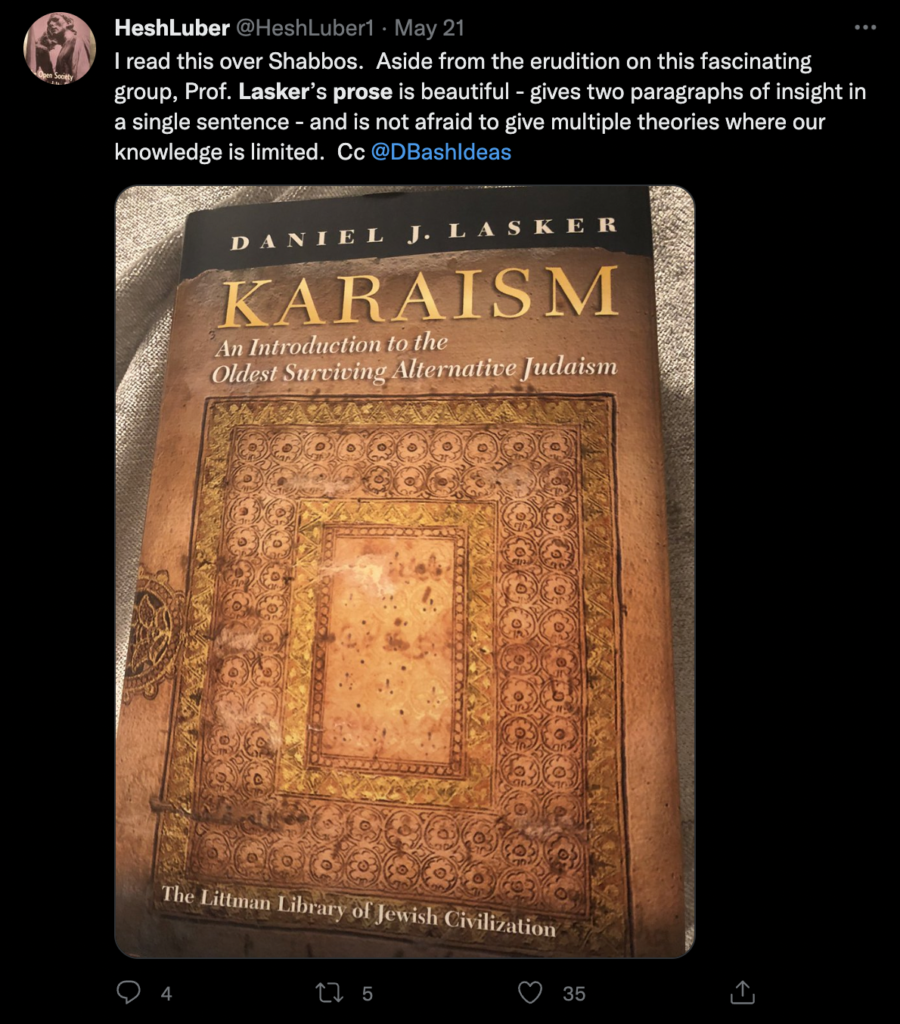 Okay, now for the parts of the book I liked that didn’t make my review.

Okay – now the part that I really disagree with. And I’m nitpicking here, but on page 220, in his description of various persons of interest (“Dramatis Personae”), Lasker writes the following about Nissi ben Noah: “(late twelfth century) Karaite advocate of accepting rabbinic sources as legitimate; associated with the claim that most of rabbinic literature ‘is the work of our fathers‘.” I disagree with Lasker that Nissi ben Noah advocated that most of Rabbinic literature is the work of [Karaite?] predecessors. In my opinion, this statement is attributed to Aaron ben Joseph, a later Karaite. I asked professor Lasker about his conclusion here, and, true to form, he responded right away with his reasoning. I’m just not convinced. I really think that this sentiment is that of Aaron ben Joseph and not Nissi. This is important for a whole bunch of reasons that are not relevant for the purposes of this review.

As I mentioned in my video review there are other things that I could nitpick or quibble with, but if this is the only one that I think it is worth committing to writing, you can see how much I LOVED this book. And I recommend that you buy it.

I recommend you buy the book for two reasons. First, it is a great book and you will learn a ton. Second, it is important to show publishers that we value books on Karaism that are affordable.