“The Jewish Community Today is Ailing” 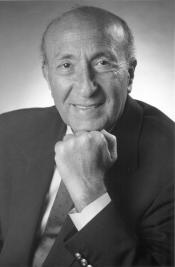 This past Sunday, the Jewish community of the San Francisco Bay Area said good-bye to one of its most cherished members. Joseph A. Wahed, a Karaite Jew born in Egypt and active member of the Karaite Jews of America, was laid to rest.

As was repeated throughout the funeral, Wahed avoided intra-Jewish polemics and diatribes, and made no distinction in the level of respect he showed Jews of all movements and denominations (Rabbanites, Karaites, Orthodox, Conservative, Reform). Wahed’s attitudes toward his Jewish brethren echoed a letter written by a Rabbanite about 1000 years ago.

In the early part of the 11th century, the city of Fustat (in Egypt) was ridden with Jewish communal strife – strife between Karaites and Rabbanites, and also within the Rabbinic community (which did not hesitate to label its own members as heretics). [1.] In the year 1029, the Rabbanite Shelomo b. Yehuda wrote a letter to his son in Fustat, offering fatherly guidance on how to navigate the communal politics:

Joe Wahed always gave the Jewish community the special care it deserved. When the Hebrew Immigrant Aid Society (now known as “HIAS”) raised money to help Jews (both Rabbanites and Karaites) leave Egypt and resettle in the United States, Wahed actively urged his Karaite friends to save money to repay the loans they received from HIAS.  Wahed explained that the Jews of Syria were then in need of safe and secure exit from that country, and that the Karaites could and should help. [3.]

Years later, Wahed helped found JIMENA, Jews Indigenous to the Middle East and North Africa, to publicize the plight of Jews who were forced to leave Arab countries after the founding of the State of Israel.

As for me, Wahed’s perspective shaped the tone of this blog greatly. Several years ago, I went on a rant about how the Rabbanites were wrong about something-or-another. Wahed reminded me that we are all Jews, and as Jews it is in our nature to disagree. Then Wahed emphasized how important it is to advocate for my cause without whining or sounding bitter.

I cannot say for sure, but I believe that was my last real anti-Rabbanite rant. I can say for sure that I have adopted his guidance in leveraging A Blue Thread to publicize the Karaite cause.

With Joe Wahed’s passing, the Jewish community today is ailing.  We can only pray that someone will give us the special care we need.

[1.] Rustow, Marina; Heresy and the Politics of Community: The Jews of the Fatimid Caliphate, p. 174.

[2.] Id. BTW, Shelomo b. Yehudah was among those who opposed the excommunication of Karaites in 1029, as discussed here.

[3.] As relayed by Joseph Pessah, acting rav of the Karaite Jews of America, who presided at the funeral.

5 Responses to “The Jewish Community Today is Ailing”