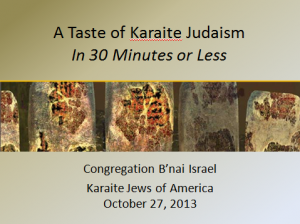 Anyway, please let me know how I did and, by all means, tell me what you would like to see in other presentations.  Also, if you have any technical suggestions – I know, I need better mic placement.

(And if anyone knows how to keep the screen from “flickering/rolling” when being filmed, let me know.)