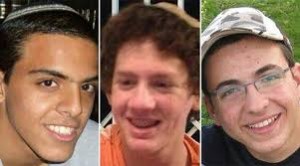 Last week, the Jewish world was rocked by (yet again) news that three Israeli citizens had been abducted by Palestinian terrorists.  I don’t profess any particular insight as to what to do about this (recurring) situation.  Nor do I believe these latest abductions will be the last.

Today, I simply pray for their safe return and highlight the need for Jewish unity at times like this.

In the Middle Ages, pirates often took captives of all faiths in the hopes that the captives’ coreligionists would redeem them for considerable sums of money. And Jews were quick to raise money to redeem their brethren.

In the early part of the 11th century, two Rabbanite Jewish communities of Alexandria sent letters to Fustat (now Cairo) encouraging the Jews to help redeem seven captives.  The captives comprised four Rabbanites and three Karaites, and the Rabbanites of Alexandria took it upon themselves to make sure that money was also raised to redeem the Karaites.  To that end, they also sent a fundraising letter to the Karaites of Fustat.

This is not to suggest that Karaites and Rabbanites always contributed money separately or only donated to redeem their own. For example, among those active participants in redeeming Jewish captives was a Karaite by the name of David ben Yitzhak. The Rabbanites of Alexandria sent a letter to the Rabbanite Jewish community of Fustat to thank them for helping to redeem certain captives. The Karaite David ben Yitzhak was listed as a contributor in the letter directed to the Rabbanites.

David ben Yitzchak was also the recipient of another letter from the two Rabbanite communities of Alexandria. The letter referred to David ben Yitzchak “as the wellspring of our generation” and asked him to donate 33 1/3 dinars “as is his good custom.”

Some argue today that the redemption of captives might encourage greater demands from terrorists and other captors. There is some evidence of that in the middle ages. For example, on at least a few occasions, pirates sent their prisoners as a “gift” directly to wealthy Jews. In one instance, a wealthy Rabbanite repaid this “gift” with a ransom of 150% of the normal ransom. The captors then tried this ploy again; but this time the Rabbanite only repaid the “gift” at the normal ransom fee.[1]

We are living in difficult times with respect to the security and well-being of the Jewish people.  There is no easy way to deal with recurring hostage situations.  May Hashem redeem us all.

[1] The historical references herein are from Heresy and the Politics of Community: The Jews of the Fatamid Caliphate (pp. 187-191.)

A prayer for the three captives sent to me by Chief Hakham Moshe Firrouz of the Karaite Jewish Community. 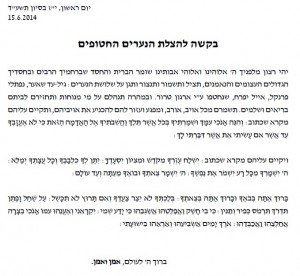