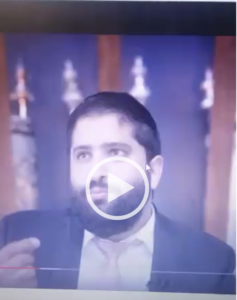 A talk that surprisingly to me featured Karaites

When I was a child, I constantly heard my uncle – the then acting rabbi of the Karaite Jews of America – say that whenever people visit us, they feel like we – the living Karaites in the 1980s – are the best kept secret in Judaism. While I always appreciated the sentiment, I never wanted Karaites or Karaism to be a secret. (Here, I note that many Egyptian Karaites who came to the United States actually kept their Karaite origins a secret from their Jewish communities.) Today, I take a quick look at some things that show the secret is out.

First, if you do nothing else, take a moment to make a donation to any of the following Karaite causes: The Karaite Jews of America or The Karaite Press.

“In my early years in the U.S., I used to pass by the book stores to read the index of religion references to se if there is any minute info about Karaites. I often left empty-handed and disheartened. We do not exist, I thought.” – Joe Pessah

Now, before you take my word for it that things have changed as far as knowledge about the existence of Karaites and the Karaite tradition, I want to share with you this audio clip from my appearance on Judaism Unbound’s Podcast – in which one of the hosts, Lex Rofeberg, observes that there is much more Karaite activity online than even a few years ago.

And of course, you can listen to the whole podcast here.

Just yesterday, someone sent me this following video clip about the exciting work being done by The Karaite Press and how much he enjoyed the book The Chief Cornerstone.

You can also see my discussion of The Chief Cornerstone below.

Now back to how far we’ve made it. A few weeks ago Karaites were mentioned in an “Answer” on Jeopardy! Yes; that Jeopardy. Here’s the clip so you can see for yourself.

I actually tweeted at Jeopardy! to see how Karaites go on their radar screen – but they didn’t respond. I’m sure they are busy studying about Nahawandi or Kumisi or deep in the Firkovitch collection or something like that.

I do not know exactly how this happened, but I do know that when Mayim Bialik hosted twitter a few months back there was an answer on Jeopardy! about fires on Shabbat. Of course, I had to respond that the context pre-supposed a Rabbanite framework. 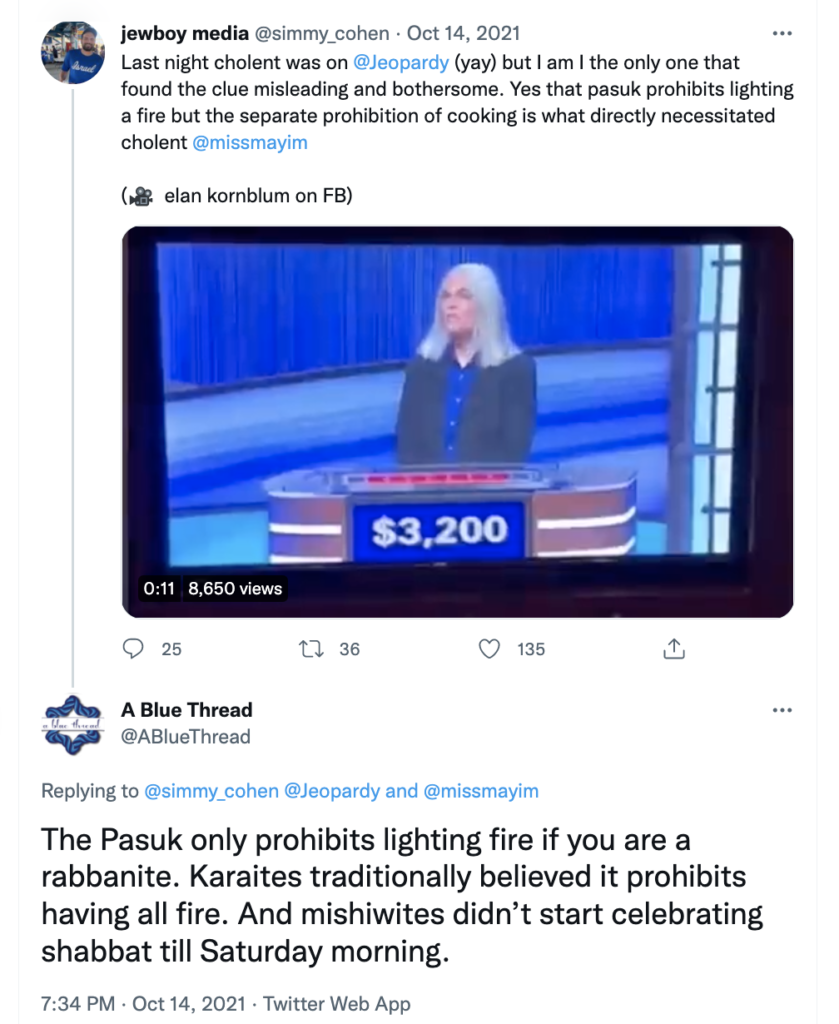 (Yes – I know there were many “traditional” views that Karaites held about fires on Shabbat. But I was referencing the medieval view.)

After seeing the Karaite clip from Jeopardy!, my uncle reflected on his experiences about the lack of Karaite resources: “In my early years in the U.S., I used to pass by the book stores to read the index of religion references to se if there is any minute info about Karaites. I often left empty-handed and disheartened. We do not exist, I thought.”

I also had this same experience. Except I was looking for books about Karaites and the only time I ever found one was Leon Nemoy’s Karaite Anthology – which is still a masterpiece. The fact that I could never find affordable books about Karaites was one of the reasons I started The Karaite Press.

And once again, you can help support the cause by purchasing a book. 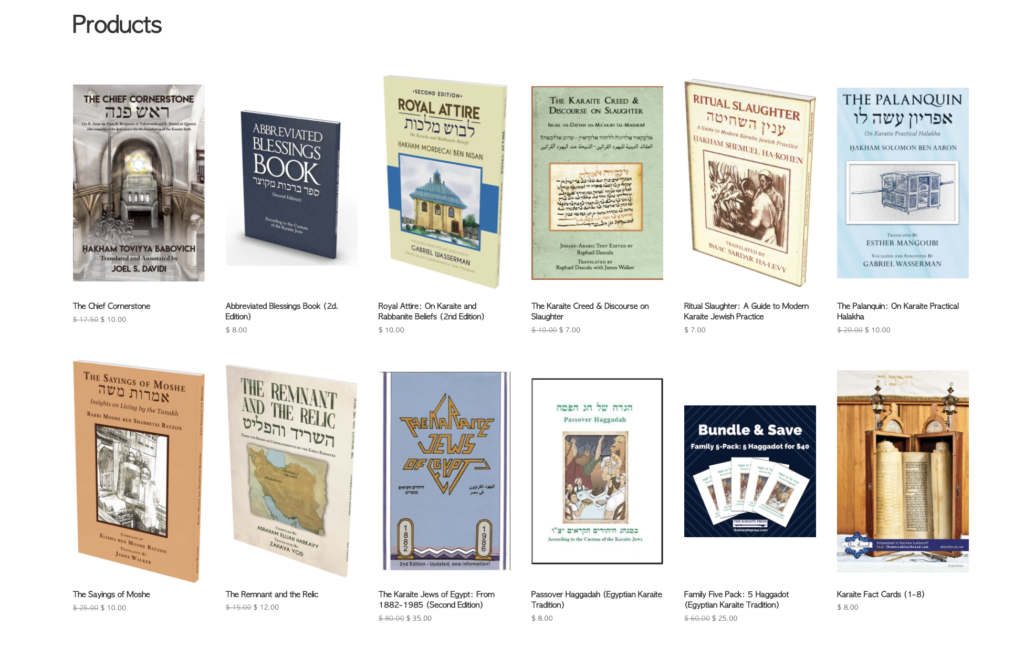 5 Responses to Karaites: No Longer the World’s Best Kept Secret