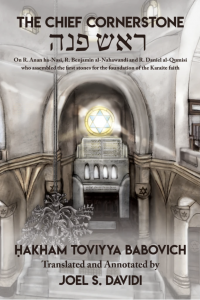 But since you are here, I wanted to tell you a bit about how The Chief Cornerstone came to be. First, if you want to see a short (~10 minute) video about it and a super fascinating find about a mysterious Torah Scroll, you can check it out here.

He came across an original printing of Hakham Toviyya Babovich’s Rosh Pinna. Published in 1947, Rosh Pinna was written in Hebrew and immediately translated into Arabic for the local (Arabic speaking) Egyptian community. In the original, the cover page for each section has both Hebrew and Arabic. 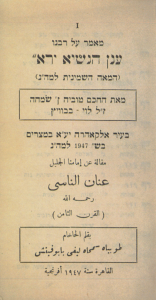 The cover page from Rosh Pinna for the section on R. ‘Anan.

James asked if he could take a copy of the book, scan it and send the original back to us. We agreed and he did.

Around this time, I was fundraising to start (what would become) The Karaite Press.  I hired Joel Davidi to translate and annotate Rosh Pinna. Joel was an optimal person to do the translation and annotation because he loves history, and this book (although it was written by the Chief Hakham of the Karaite Community in Egypt) was more of a history book than a religious one.

One of the aspects of the original publication that makes it difficult to work with is that the Hebrew and Arabic are interspersed throughout (and not particularly typeset well). So in this image below, the Hebrew section on R. Anan ends and the Arabic translation of R. Anan begins right there. 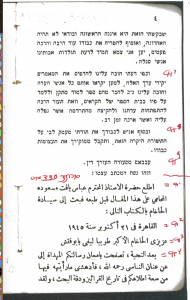 We decided not to do this. Instead, we put the English and Hebrew facing each other. 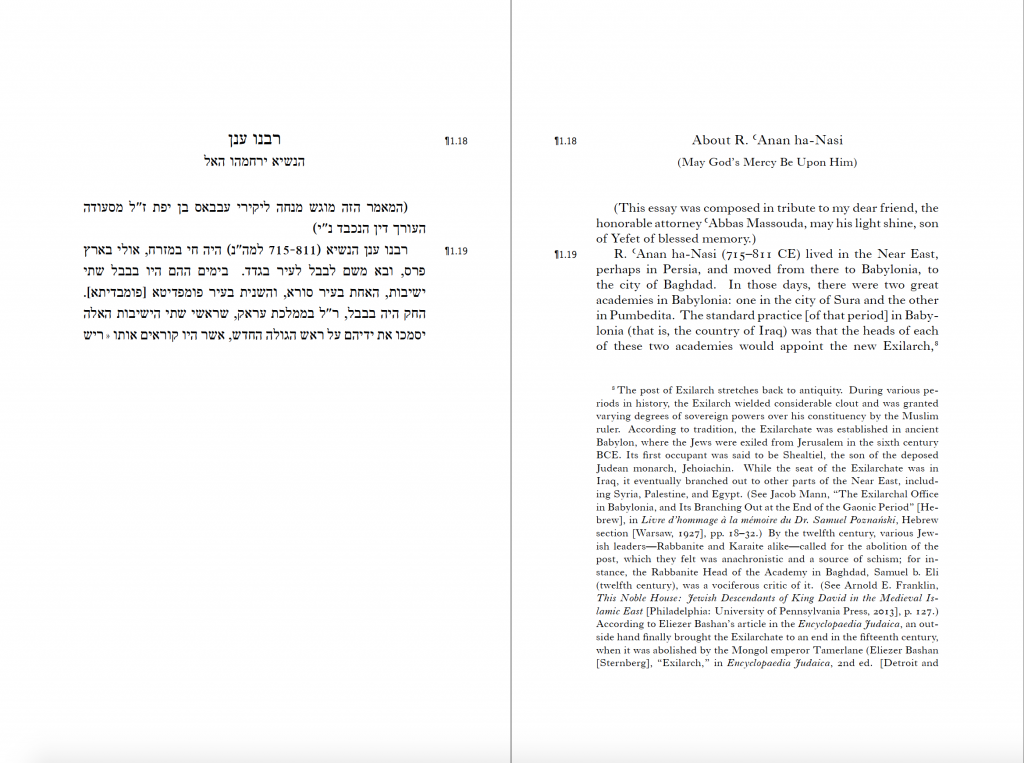 (Note: in the actual version, the Hebrew will be on the right and the English on the left.)

You can see that, because we annotated the English text and still wanted the Hebrew and English to line up as much as possible, there is often large swaths of blank page on the Hebrew side. Consider this a place for you to take notes. You’re welcome!

Then, we put all the Arabic text at the end of the document – here is the Arabic that corresponds to those pages. 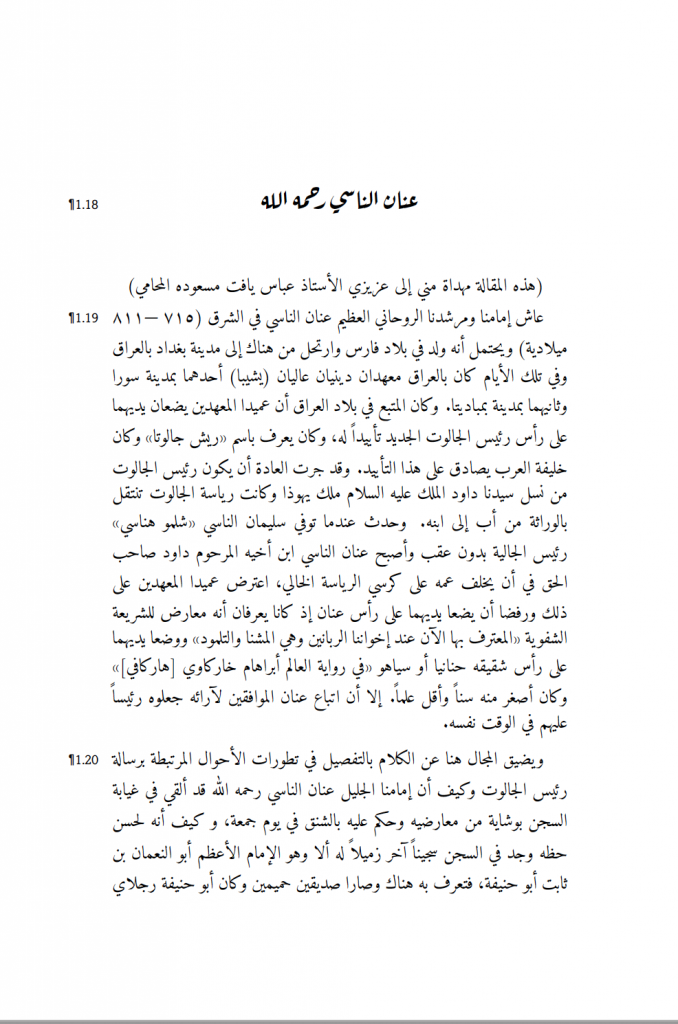 In his personal .pdf copy, James used a red pen to mark-off paragraphs. James did this to make sure that he could quickly identify the corresponding paragraphs between the Hebrew and the Arabic. After Joel did his translation work, I asked James to add paragraph numbers to our edition of The Chief Cornerstone. This will let readers quickly compare versions.

Countless people worked on this book in addition to Joel. I want to give a special shout out to Eli Shemuel from our Israeli Karaite community and to Mounir Leshaa who did a round of proofreading on the Arabic text. Btw, I see now that Mounir’s last name appears in the book as Lichaa (same pronunciation, incorrect spelling). Apologies!

One final note: for every 500 books we sell, we can fund the next book. Please consider a $10 purchase (+s&h) while the book is on pre-sale, so that we can get on our way to future books.

A few other notes:

3 Responses to How The Chief Cornerstone Came to Be