God is no Accident; But Your Tefillin Might Be 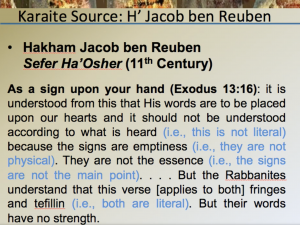 Boy did I mess this up.

Or: “How I whiffed in that extremely popular Tefillin video.”

Today, on the week when we read some of the “tefillin passages” in Parashat Bo,  I do a massive mea culpa on a relatively minor part of the Tefillin video I posted almost two years ago. And in the process of this correction, I will (hope to) elucidate yet again, why we need more Karaite literature available in English. And why we all need to study more philosophy. Or at least I do.

Before we get to the tefillin mistake, I want to show you what helped me understand the mistake. Over the last year, I was working on the publication of The Karaite Creed & Discourse on Slaughter. 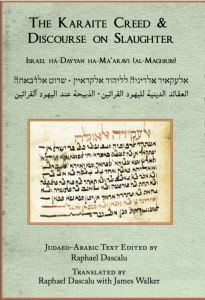 The section of the book, which we titled The Karaite Creed, contains six principles of faith for Karaite Jews, according to Hakham Israel Maghribi. In the very first principle, H’ Israel sets forth in Judeo-Arabic the contours of what it means to believe in God. And in relevant part, he writes, “Let it not be said that He [God] is an accident or a substance.”

I had read these words perhaps 100 times, and had no clue what they meant. My eyes just glossed over them as if the words were in a foreign language – until one day they just jumped out and hit me in the face.

For those who do not know, “accident” and “substance” are Greek philosophical terms. 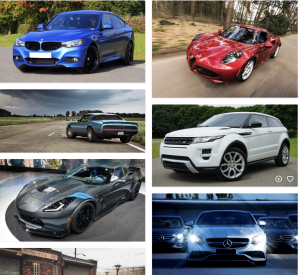 So, when Hakham Israel Maghribi is saying that God is not accident or substance, he is essentially saying that God cannot be limited or characterized by these terms. Or something like that. I’m not learned enough to know what he really intends to convey when he says God is neither accident nor substance.

In any event, back to that tefillin video. Here is the relevant slide. 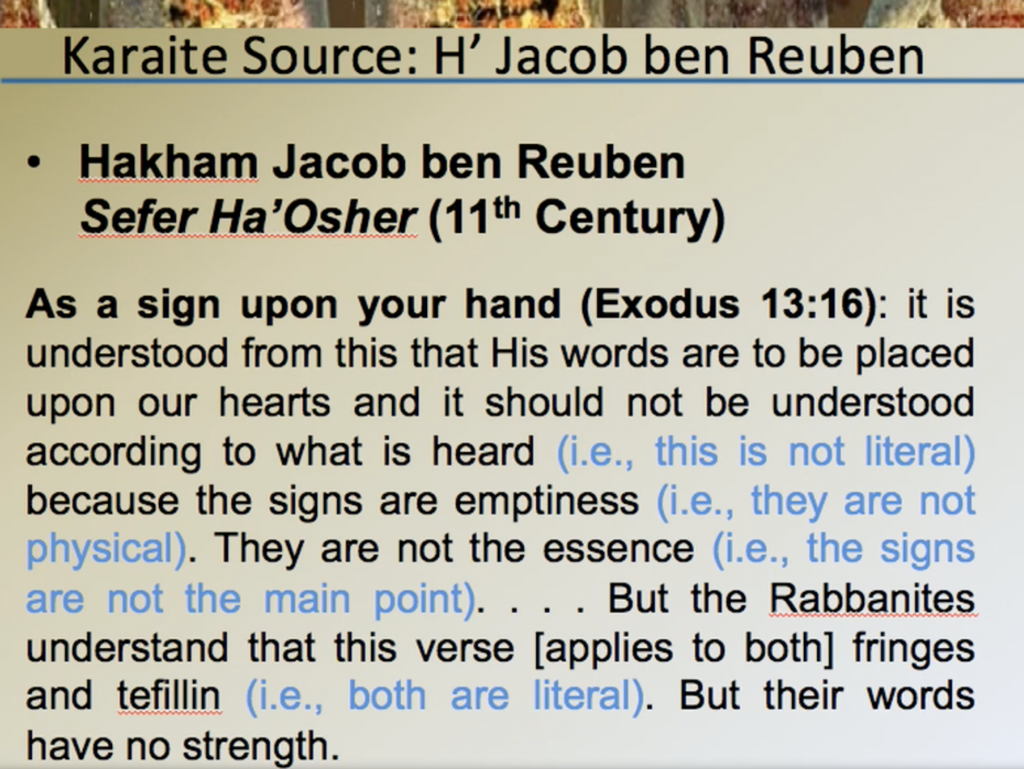 Now here is the relevant part of the actual Hebrew comment that we were translating:

The word we translated as emptiness is epha’im (אפעים).  This is a fairly literal translation of a word that appears only once (albeit in the singular, אפע) in the entire Tanakh.

We did not know it at the time, but the word אפע has a very specific meaning in pre-12th century Karaite Hebrew. It means – accident. Yes, the same philosophical accident we were speaking about earlier. And yes, there is such thing as Karaite Hebrew. And in many cases, this Karaite Hebrew is based on unique meaning ascribed to words that appear once in the Tanakh.

The word we translated as “essence” is ‘iqarim (עיקרים). This word usually means “principle” or “main point.” But here it is being used in the sense of the philosophical term “substance”. In fact, essence is not a half-bad translation for substance (which is often referred to as “essential substance”) – but we totally tripped into this decent translation.

We had no clue what we were reading.

So there you have it; the proper way to understand the relevant part of H’ Jacob ben Reuben’s comment (with the corresponding biblical verse) is as follows:

Exodus 13:16: And it shall be for a sign upon your hand, and for totafoth between your eyes; for by strength of hand, YHWH brought us forth out of Egypt.

for a sign upon your hand: It is understood from this that his words are to be placed upon our hearts, and it is not to be interpreted according to what is heard (i.e., it is not literal), for the signs are accident. They are not substance.

Despite this mea culpa, I also hope you enjoy the tefillin video. And I should get back to doing more learning.

8 Responses to God is no Accident; But Your Tefillin Might Be