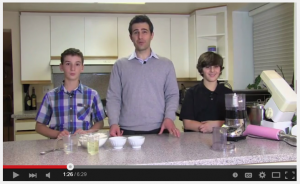 I hope you enjoy this video of two students I learn with making matzah.  The recipe is located here.

Speaking of matzah, Mourad El-Kodsi’s Karaite Jews of Egypt tells us that the traditional Karaite Matzah was so good that Rabbanites of Egypt used to purchase some. This created a rather amusing discussion in the Karaite Jews of Egypt about whether it was possible to estimate the number of Karaites living in Egypt based on matzah sales. [1.] #KaraiteJewishProblems mentions this here.

And here are some great links for Karaite Passover resources: