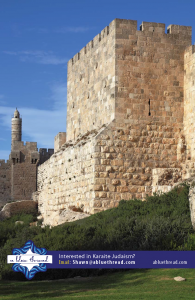 For those of you who just want to try your ear at spotting a melody and be on with your lives, I don’t blame you. Listen to these two clips of Yona Le’edech Re’i and then tell vote which one is the Crimean melody and which one is the Egyptian melody.

Now that you’ve voted, I am actually going to make you read the rest of the story, to find out if you were right.

And now, the rest of the story.

So, as many of you know, I am working on a database of Karaite texts – something like Sefaria, but nothing nearly as polished. In the course of that work, I ended up speaking to Dr. Avi Shmidman, one of the driving forces behind Dicta’s awesome digital humanities initiatives. (Seriously, check out their pasuk finder and their vocalizer.)

In any event, Dr. Shmidman’s background (aside from computer programming) is in Medieval Hebrew Poetry. And every year he leads a class on lamentations at the Kotel on the Ninth of Av, the date on which Rabbanite Jews mourn the destruction of the Temple. Well, this past year, the Ninth of Av fell on Shabbat, and when that happens, they push the mourning for the Temple to the Tenth of Av.

Without getting into all the details why, Karaites always mourn for the destruction of the Temple on the Seventh of Av and the Tenth of Av (and not the Ninth of Av). So, given that the Rabbanite observance of the Ninth of Av was pushed to the Tenth of Av, Dr. Shmidman seized the opportunity to teach Karaite poetry, which is recited on the 10th of Av.

The poem that he focused on was Efratim Yekarim, by the Karaite Sage Aaron ben Joseph, a prolific poet and compiler of the Karaite siddur in current use.

Now to be honest, I have never recited Efratim Yekarim, so I didn’t know the tune. I reached out to Hazzan Rotem Cohen, and he recorded the first few lines of Efratim Yekarim for us here.

I never asked, but I am pretty sure he recorded this from memory on the way back from a Yom Ha’atzmaut party.

The words to Efratim Yekarim are at the bottom of this article.

In any event, I shared all this with Nir Nissim, who is volunteering his weekends with our community in Daly City. He said he loves Efratim Yekarim, and added that there was another song that he also loved. It was late – 12:30 a.m. on a Sunday morning – and the words weren’t coming to him immediately. So he hummed the tune for me in a recording for Hazzan Rotem.

Hazzan Rotem, being the most gracious person in the world with his time and voice, immediately – from memory –  sent back the following recording.

So, Hazzan Rotem could name that tune. The song is called Yona Le’edech Re’i.

The Hebrew words to Yona Le’edech Re’i are at the bottom of this article. But for those interested, the words that Hazzan Rotem sings are translated roughly as follows:

O Dove, look at your doom.
Lift up your voice in a screech.
For devastation has come into your land;
grief into your joy.

(Credit goes to James Walker and Nir Nissim for helping me translate this.) 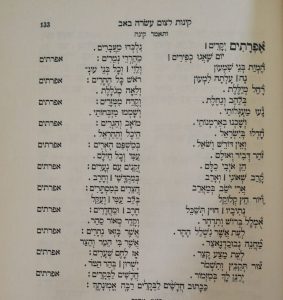 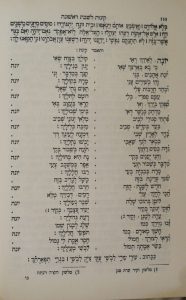 6 Responses to Reader Poll: Can You Detect a Crimean Karaite Melody?